The Google One VPN application is already released for Apple Products

The app, currently available in such countries as the US, UK, Canada, Australia, and Singapore, allows users to encrypt their traffic and browse the internet privately. With the app, users can also access blocked websites and services and enjoy a faster and more secure internet connection.

To use the Google One VPN app, users need to have a Google account and be subscribed to the Google One service. The subscription starts at $9.99 per month, but there is a free trial period of 14 days. After the trial expires, users can continue using the VPN for free with reduced speeds.

With the Google One VPN app launch, iPhone users now have another option for a private and secure internet experience. Finally, the VPN application with a Premium membership from Google One is now accessible for Apple devices after Google’s vow in 2020 to bring it to iOS. Google’s own VPN service has been accessible for months on the Android operating system. However, today anyone who spends money on premium Google One storage should get a VPN for their smartphone.

iPhone users may already know about the concept of a pro storage plan. It allows you to keep your IP number and traffic private. Apple includes its Private Relay service in Pro iCloud plans.  But what’s the benefit of using Google’s VPN service?

For starters, Private Relay is designed to keep your web traffic and location private from your internet service provider. At the same time, Google One’s VPN is focused on encrypting your traffic so that it can’t be spied on by anyone else. In addition, both services will reroute your traffic through a server to keep your identity hidden.

Additionally, Google One’s VPN uses WireGuard technology, which is widely considered more secure than the standard IPSec protocol used by most other VPN providers. And because it’s built into the Google One app, using the VPN is a breeze — just flip the switch, and you’re good to go.

If you’re not already a Google One subscriber, you can sign up for the service starting at $1.99 per month for 100GB of storage. And if you need more than that, 2TB plans are available for $9.99 per month.

For owners of devices from Apple who prefer Google’s services to Apple’s, a VPN is an excellent application. However, the service has one main feature — you don’t have an opportunity to obtain an IP address in other countries, so you can’t unlock different videos on streaming platforms. A VPN, however, is a helpful addition for iPhone users who like Google’s services over Apple’s. However, the service has one major bug: you won’t be able to obtain an IP address in another country, which may allow you to access other shows on streaming platforms like  Netflix. However, this should not dissuade you from signing up for the service; it is still an excellent addition for iPhone users who want to keep their data safe and secure.

In its blog post, Google also announces some new features it has added to the VPN app for Android customers. It is “safe disconnect” that turns off the internet if you leave the VPN ( your data does not end up in an unexpected location). However, it also adds that you may configure specific applications to circumvent the VPN using Android.

In addition to the release of the Google One VPN for iPhone, the company has also announced that it is working on a new application for its enterprise customers. This application, which is still in development, will allow businesses to manage their fleets of devices and ensure that they are all using the most up-to-date version of Android. It is expected to be released sometime later this year.

In conclusion,  the Google One VPN application is a great way to keep your data safe and secure, whether you’re using it on your iPhone or Android device. If you’re looking for a reliable and easy-to-use VPN service, this is one to consider. Thanks for reading! Share this post with your friends if it is helpful! 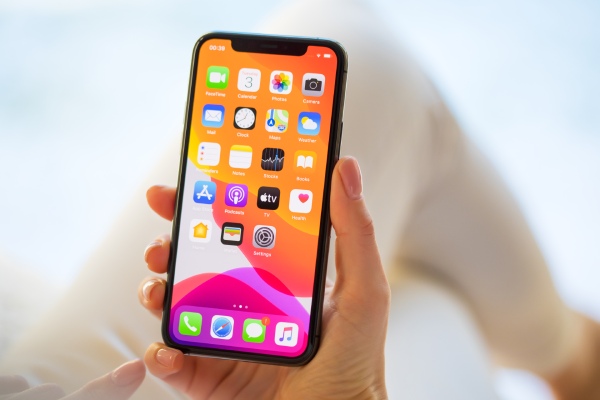 Eleven Phone Services for Getting Revenge Through Spamming